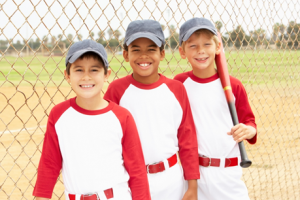 Football can cause concussions and other injuries. However, it’s still a very popular sport for both kids and adults. But what do parents think of their kid’s sports? What are the benefits and risks of youth sports?

Many parents dislike the idea of tackle football and instead have their kids play flag football. This is a safer version of football where, instead of players tackling other players, the goal is to yank a ‘flag’ that’s attached to the clothing of other players. But when the child moves to tackle football, parents are reluctant to take them out. They don’t want to ‘hold their child back’, even if the game is painful.

A few experienced football players take almost the opposite stance. They love football, and as Dallas Clark explains, ‘he’d do it all over again.’ Even with all the injuries football players receive, they can’t get away from the game. However, according to a poll done by CBSSports.com, some football veterans are completely against having their own kids risk football. Dozens of football players were asked if they would allow their own kids to play the sport. Several said that they were too worried about the injuries that players receive to ever allow their children to participate in football. Will these polls and statistics affect how many people play the game?