Lance Armstrong has dominated the news in the run up to this year’s Tour de France. The doping scandal rocked the cycling world to its axles last year. How can he take the lead from here?

Cycling’s premier tournament, the Tour de France, took a big hit in 2013 after the revelations of seven-time winner Lance Armstrong’s admissions of doping. It’s difficult to keep faith with a sport built on endurance and personal triumph when it’s revealed that the best of the best cheated. The sport is trying to clean up its act, but it’s like cycling up a mountain.

This year the Tour de France has started strong and gradually the news media are concentrating less on the past and more on the future. The focus is now where it should be, on the teams of riders battling through the 21 stages and the true winners going forward into the future.

Cheating is not New

Sadly despite the scandal last year when Armstrong confessed after being retroactively stripped of his wins between 1999–2005, doping in the Tour is not a new thing. As early as its beginnings in 1903 the dubious use of substances to enhance performance has resulted in disqualifications and bans. At the turn of the century riders used strychnine, cocaine, chloroform, aspirin, “horse ointment” and other drugs to give themselves an edge.

These days the drug of choice is something called EPO or Erythropoietin, a drug that helps oxygen uptake in the blood and is popular in all endurance sports. Lance Armstrong admitted he used EPO throughout his Tour career. Although he was by no means the first to cheat in this way, he was by far the most high profile.

The disappointment from fans and riders who take honesty seriously was huge. Sports are supposed to be about man versus his own limitations as a human being, not man assisted by chemistry attempting to bypass them.

The first race was in 1903 as an attempt to boost the sales of a magazine called L’Auto. The first 6 stage Tour was a success, leading to an 11 stage Tour the following year. The modern race takes place over 21 stages spread over 23 days.

Rest days and limits to the distances travelled were imposed in the 1960s after another high profile doping scandal, this time resulting in the death of rider Tom Simpson. Simpson died in 1967 on the 13th stage of the race after the ascent from Mont Ventoux. A diuretic combination of amphetamines and alcohol proved fatal to Simpson in the heat of the mountainous stage.

Now for safety reasons the stages are broken up with rest days and train journeys around France and the surrounding countries, while still maintaining a loop of some kind. The distances travelled in a day are carefully judged by sports medicine experts to ensure that the route is challenging but not potentially fatal.

Although doping is not a new phenomenon it is still a hot topic and causes dispute and anger among riders. Lance Armstrong didn’t help when he recently rather foolishly asserted that it was impossible to win the Tour without doping. Riders were understandably outraged. None more so than David Millar, a former colleague of Armstrong’s and a self confessed doper who is now a vocal anti-doping campaigner.

“What needs to change is that we need complete truth and transparency into what happened in the 15-year era of the 1990s and early 2000s,” he said in an interview in June with Eurosport TV in the UK “so we can understand what mistakes were made and we can make sure those mistakes do not happen again. Because I think racing has cleaned up a lot, I think the Tour de France can be won clean.”

Let’s hope he’s right. The trouble with cheating is it taints all other exponents of a sport. The eye of suspicion is on everyone, guilty or innocent. This makes all sport tougher. Not only are you attempting to surpass your own limitations, you now have to prove that it can be done free of illegal enhancements. For some sports people that pressure may prove too much.

But what we wish more than anything is that all the data showing that doping is on the decline are true, especially for the Tour de France the toughest bike race in the world. We need heroes we can trust.

Why Trust is Important

The purpose of sports is to be an example of heroism. You perform your sport to show what you can do through training and persistence. Doping scandals shake faith in sports, and diminish the efforts of those who achieved under their own steam.

The task of all athletes in the wake of doping scandals is to work to prove that sports performance and achievement is real. That sports people are real heroes. 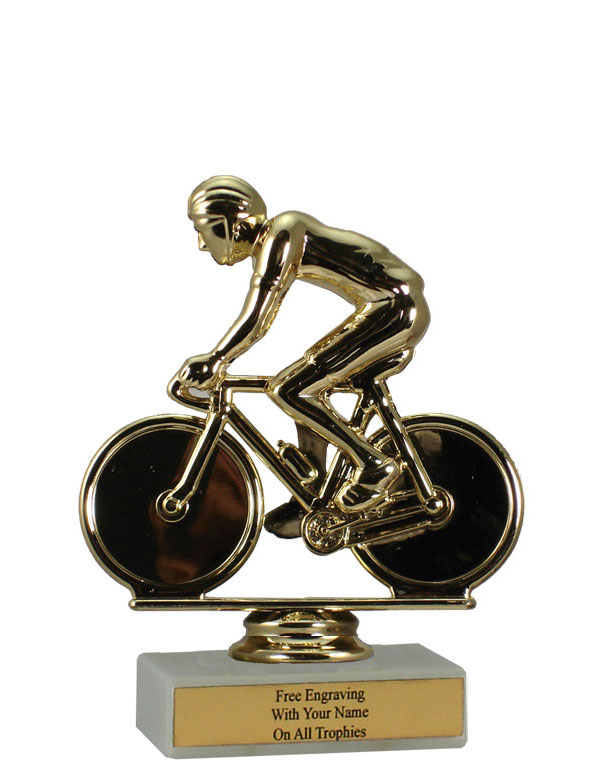 When you look at the biking trophies on your shelf, no matter what they’re for, can you really live with yourself, knowing that they should belong to someone else?

As a sportsman or sportswoman you need to take pride in knowing that you not only did what you did, but you did it yourself. Cheating with performance enhancing substances is a lie and the person you’re lying to is yourself.