Why do you charge sales tax on trophies? 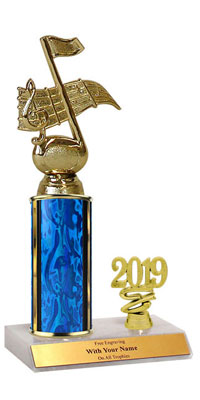 Sales tax is a regulated on a state by state basis. Some states charge sales tax, but some don’t . If a state has a sales tax, some of it’s municipalities (cities, townships, counties, etc.) may also have a sales tax. These laws vary state by state and can be very complicated. But essentially, a sales tax is imposed on the residents of a state when they make a purchase in that state. So if your state has a sales tax, when you go to a retail store and make a purchase, the retailer is required by law to charge you the sales tax and remit that tax to the state collection agency. The store does not pay the sales tax, you pay the sales tax. The state forces the retailer to collect and remit the sales tax because it is physically located in the state (it has a nexus) and thus can be regulated by the state.

If you purchased something from a retailer in another state that had no physical presence (or nexus) in your state, by federal law your state could not force them to collect sales tax, so they did not have to charge you sales tax. You as a resident, were still obligated to pay the sales tax to your state, typically by reporting it on your state tax forms. It is probably no surprise that many people did not report these out of state purchases and so the state missed collecting the sales tax on out of state purchases.

This changed in the summer of 2018, when the US Supreme Court decided in a case (South Dakota vs. Wayfair) that a state could force retailers from outside the state to collect sales tax on it’s residents if it had an “economic nexus” within the state. This was defined by South Dakota as having sales within the state in excess of $100,000 or 200 transactions. This economic nexus rule was quickly adopted by other states across the nation. Some states defined their nexus the same as that in South Dakota, while some raised their minimum sales amounts. As of today, 41 states have defined economic nexus levels of some kind within their state.

So if we charge a sales tax on your trophies, it’s not that we want to – it’s because we have to based on the tax laws within your state. 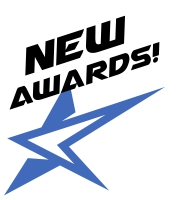